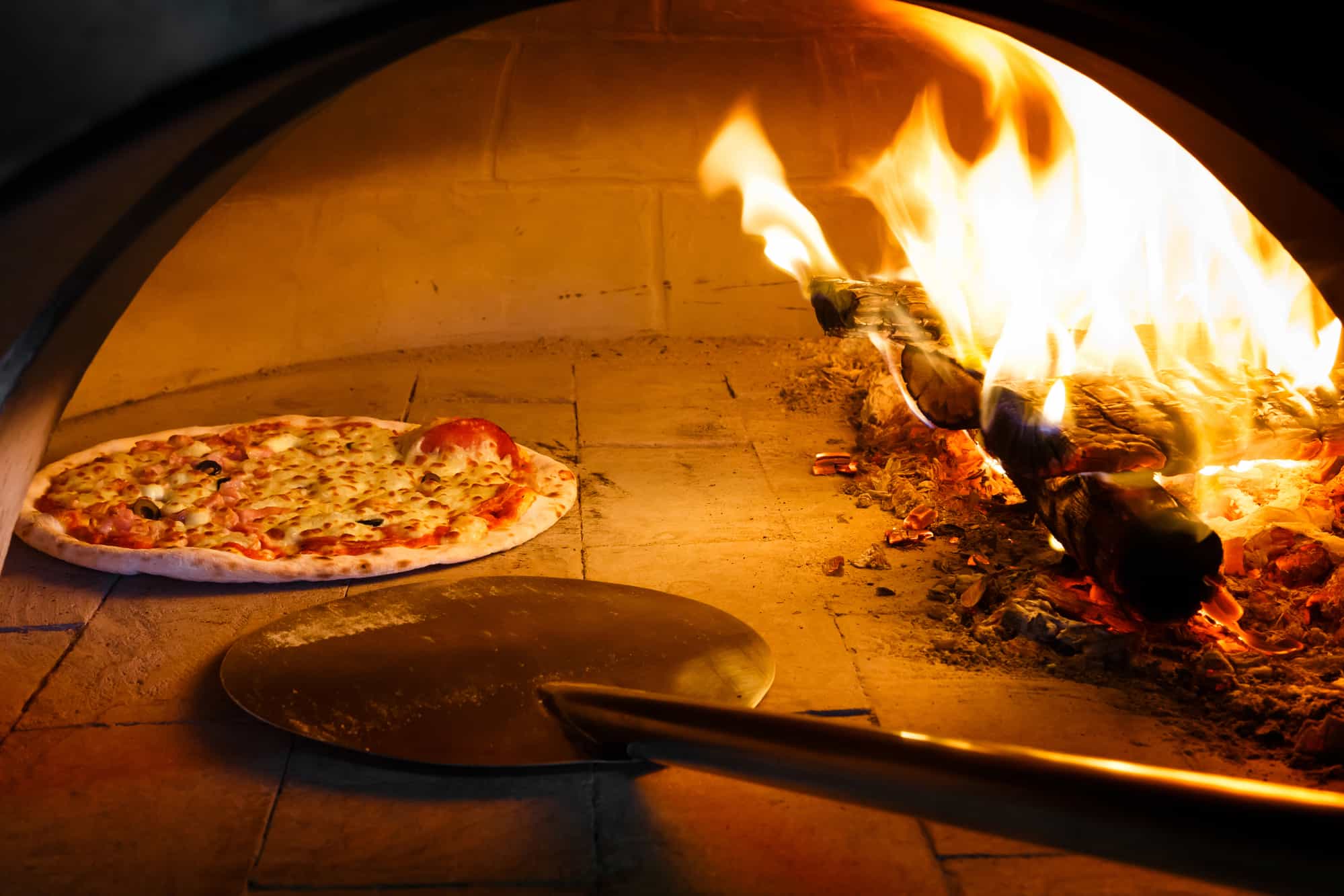 There are many types of bricks that withstand heat for different purposes, with fire bricks and masonry bricks being the most common. Individual bricks are more heat resistant than a brick wall since they have a different chemical composition, color, shape, and thermal conductivity.

So, it’s reasonable to think that bricks can withstand a lot of heat; after all, they are made by heating in a fire kiln, but how much?

Bricks can withstand a lot of heat; they have a very high melting point that ranges from 2,800°F (1,540°C) for fireclay to 4,000°F (2,200°C) for silicon carbide. These bricks are used to line furnaces & fireplaces. They resist chemicals in slags and don’t flake under extensive temperature changes.

This article will look at all there is to know about bricks, such as how hot a house, oven, or fire bricks can get. We’ll also expound on what temperatures bricks can handle and at what point they burn. Read on to learn more about bricks and how they react to heat.

How Hot Can House or Masonry Bricks Get?

The composition of masonry bricks doesn’t allow them to withstand too much heat. However, they can get quite hot.

Masonry bricks can withstand up to 1800°F (980°C) before breaking down. Like all bricks, masonry bricks are made in a fire kiln, giving them a high fire resistance.

The composition of brick will affect its ability to withstand heat. Masonry or house bricks are made from 50- 60 percent silica (sand), 20-30 percent alumina (clay), and two to five percent lime. The higher the concentration of silica and alumina, the more heat resistant the brick will be.

However, in modern construction, they aren’t used as much. They’re used for artistic purposes while other materials are used to build the structure.

One of the most popular types of masonry brick is calcium silicate brick. These bricks come in different colors, from red to white, and their main composition is sand and lime. These bricks are less fire-resistant than bricks made from silica and clay.

Fire bricks are very heat resistant; a fire brick can withstand temperatures up to 2,300°F (1,260°C). A wood-fueled pizza oven can reach a temperature of up to 800°F (426.67°C), which will cook your pizza in under two minutes (source: InfoPlease).

Also known as refractory bricks, fire bricks line fireplaces, furnaces, kilns, chimneys, and pizza ovens. They’re made of fireclay; however, the chemical structure of the fireclay differs depending on the use (source: The Constructor).

The main components of fireclay are silica and alumina, and they also have iron, magnesium, potassium, calcium, and titanium traces. The chemical composition is what makes fire bricks different from other types of bricks.

Fireclay with a higher alumina concentration can withstand a temperature of up to 3000°F (1648.89°C).

There are different types of fireclay which are classified in grades depending on their fire resistance. The inside of a pizza oven has fire brick made from low-density clay as they have the least amount of alumina.

Kilns are, however, made of high-density fireclay as they’re subject to exceptionally high temperatures.

At What Temperature Do Bricks Burn or Melt?

Bricks melt at a temperature of 2,800°F (1,540°C) for fireclay to 4,000°F (2,200°C) for silica carbide. Different types of bricks will melt at different temperatures depending on their composition.

The more alumina a brick has, the more it can withstand heat. This difference is known as the fireclay density. The thermal conductivity of the brick also determines how much heat it can withstand.

Masonry bricks have a higher thermal conductivity; their chemical composition allows them to transfer heat, making them not withstand as much heat as a lower thermal conductor (source: Science Direct).

Can All Bricks Handle Heat? Which Ones Take Hot Temperatures?

The primary components of fireclay are silica and alumina. The amount of alumina in the fireclay determines the degree of heat resistance the fireclay has. These degrees are called grades, and a higher grade fireclay has more alumina.

The more the alumina in a fireclay, the more resistant it will be to heat. Places with extreme temperatures like kilns and furnaces use the high-density fireclay; the dense material also protects the brick from abrasion.

Masonry bricks have a low alumina concentration; thus, they’re more vulnerable to heat than fire bricks. As much as the masonry bricks use heat in their manufacturing process, they can crumble when subjected to the same heat as a fire brick.

Moreover, mortar is used to construct brick walls, which isn’t as heat resistant as the bricks it connects. When you subject a brick wall to fire, the mortal will crumble causing the wall to fall.

The chemical composition of fire bricks like ceramic, ferric oxide, and other additives absorb heat. They don’t transfer it, giving it a low thermal conductivity and allowing it to withstand higher temperatures than regular bricks.

All types of brick can withstand a significant amount of heat but some are more heat resistant than others. Bricks with a higher amount of alumina have higher heat resistance.