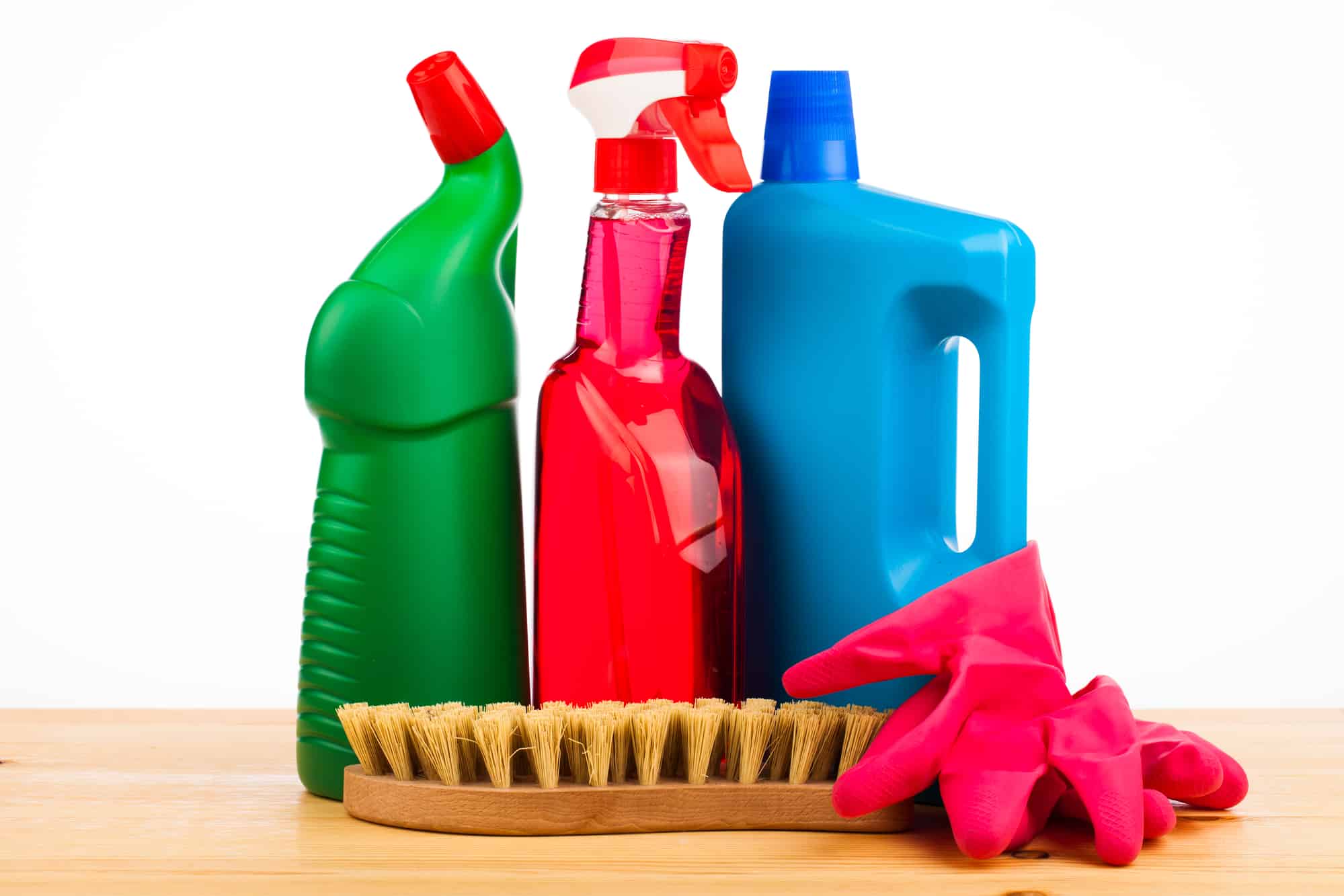 Bleach is a potent cleaning and disinfecting agent. The same goes for Lysol. If you combine the two, will that make a super cleaner-slash-disinfectant?

You cannot mix Lysol and bleach. Chlorine gas forms when you mix bleach with anything other than plain water and laundry detergent (that’s already dissolved in a washer). Inhaling chlorine gas can adversely affect your health and even kill you.

Below, I’ll explain in detail the chemical reactions that occur when you mix Lysol with bleach. I’ll also talk about how a Lysol-bleach mixture can endanger your health, what you can do if you accidentally create such a mixture, and whether mixing Lysol wipes with bleach makes a difference.

Can You Mix Lysol and Bleach?

Before mixing any two household cleaners, you must check whether their ingredients (active or otherwise) are compatible. As noted, bleach is incompatible with everything except water and diluted laundry detergent (source: Water Quality and Health Council)

Let’s zoom in and see what happens on the chemical level when you mix Lysol products and bleach.

According to Chemical Safety Facts, ethanol’s other names are ethyl alcohol, grain alcohol, and alcohol. Manufacturers of household cleaners often use ethanol due to its exceptional microbial-killing properties. Ethanol also mixes well with water, making it easy to use for the average person (source: Chemical Safety Facts)

Ethanol (C2H6O) is an organic compound, meaning it has at least one carbon atom mixed with atoms from other elements (in this case, hydrogen and oxygen). On the other hand, bleach combines chlorine and sodium hydroxide (sources: National Library of Medicine, Encyclopedia Britannica & The Chlorine Institute)

When an organic compound like ethanol combines with chlorine bleach, it forms chloroform. Liquid chloroform quickly turns into a gas and is a common industrial byproduct. Unfortunately, it can also adversely affect your health, as shown in the next section (sources: Encyclopedia Britannica & Centers for Disease Control and Prevention)

You’ve probably seen chloroform in movies, where a “bad guy” uses it to knock their victim unconscious via a cloth pressed to the mouth. Although chloroform doesn’t work as instantly as Hollywood wants you to believe, prolonged chloroform exposure can still do a number on you (source: The John Snow Archive and Research Companion)

Some of the known adverse health effects of chloroform are:

Chloramine is safe to consume as long as it’s within EPA-approved doses. It treats drinking water and disinfects public water systems (PWSs). However, chloramine can harm you under certain conditions (source: U.S. Environmental Protection Agency)

Chloramine Can Endanger Your Health in Large Doses

According to the Virginia Department of Health, exposure to chloramine that exceeds 4.0 mg/L can cause:

An Ammonia-Chlorine Combination Can Result in Explosions

Combining the chlorine in bleach and the ammonium hydroxide in Lysol doesn’t only form potentially toxic gases like chloramine (source: National Library of Medicine)

An ammonia-chlorine mixture can cause explosions, as noted in The Chlorine Institute’s sodium hypochlorite incompatibility chart and the Centers for Disease Control and Prevention.

That’s because if the levels of ammonia are high enough and it combines with chlorine, hydrazine forms. Hydrazine can explode under extreme heat (source: Science Notes)

I Accidentally Mixed Bleach and Lysol – What Do I Do?

I’ve established that mixing bleach and Lysol is a bad idea. If that’s what you just did, there are ways to remedy the problem.

If you accidentally mixed bleach and Lysol, here’s what to do:

Not sure how to perform the above steps? Read on.

Whether you’re experiencing the symptoms I outlined earlier or not, it’s better to err on the side of caution. Since Poison Control takes a while to arrive, call them at 1-800-222-1222 ASAP (sources: The New York Times & National Library of Medicine)

In the meantime, administer first aid as follows:

Open Your Windows and Doors

Both chloroform and chloramine are gases. If you don’t want toxic fumes to circulate in your home, open all the doors and windows to let them out.

Dispose of Everything That Came Into Contact With the Mixture

If the Lysol-bleach mixture is still in your toilet bowl, flush as many times as you can. You can also pour in a bucketful of water to get rid of the mixture (source: New Mexico State University)

If the mixture is on your furniture, floor, or walls, wipe it down with a cloth or mop soaked in plain water.

Again, if you have anything covered in the mixture (e.g., rags, toilet brushes, clothes), wash them thoroughly using plain water. Afterward, put the items in garbage bags separate from your other trash. You can talk to the garbage collector about proper disposal later (source: National Ag Safety Database)

Let’s say that you use Lysol wipes to clean a surface (instead of a spray) and wash it with household bleach afterward. Is that better?

You can clean with Lysol wipes and then bleach, as long as you first wipe off the Lysol residue with a wet cloth. Otherwise, the Lysol and bleach mixture can produce toxic fumes.

In other words, do not mix bleach with Lysol products whenever possible.