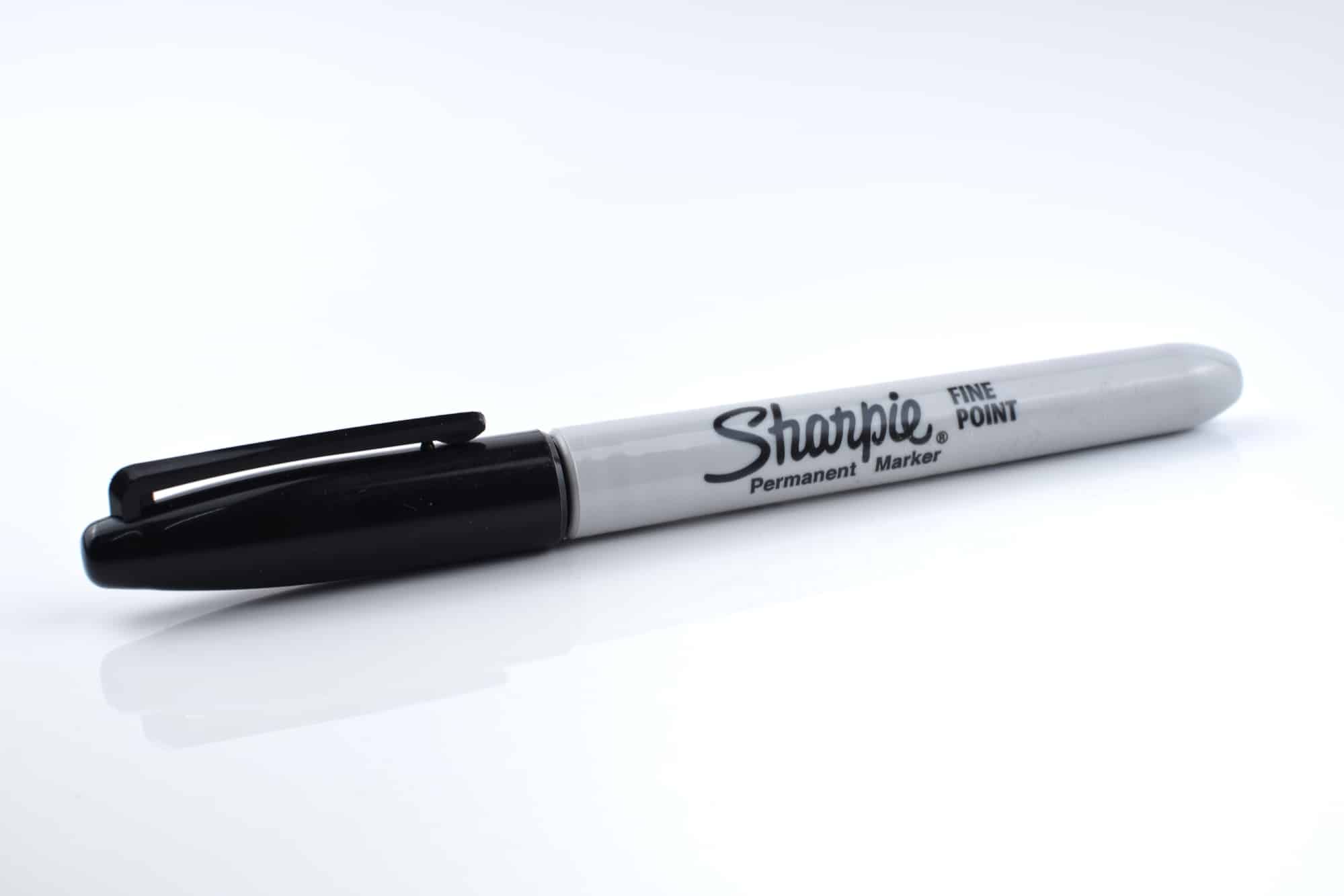 It’s easy to accidentally get Sharpie or marker on your skin during arts and crafts time, whether you’re an adult or a child. But, is this a bad thing? Are sharpies and markers safe on your skin, or are they toxic?

Sharpies or markers are safe on skin as long as you don’t have open sores. However, Sharpies and markers contain toxins harmful to the skin and body, and they have numerous chemicals that may be toxic when absorbed through the skin in large amounts.

This article will examine whether Sharpies are bad for your skin, if washable markers are toxic, and if Crayola and expo markers are safe or detrimental to your skin.

Is Sharpie Bad for Your Skin?

One of the most popular brands of markers is Sharpie. They’re used in various settings worldwide, ranging from schools to homes, and it’s easy to accidentally get some of the ink on your skin when you’re coloring or doing your favorite activities with your kids. So, is Sharpie bad for your skin?

Sharpie is not bad for your skin in small amounts. As long as you’re not getting over-exposure to the ink, it’s considered safe. However, certain Sharpie products contain specific chemicals that are toxic, so it’s wise to research the chemicals that are in the box you buy.

Here are some of the chemicals that you may find in Sharpies that are potentially toxic:

The main ill effects of Sharpies are due to inhalation or direct absorption into the bloodstream. If you ingest the ink from permanent markers like Sharpie, or get them on your skin, it’s considered a low risk for poisoning (source: Missouri Poison Center).

Are Washable Markers Safe on the Skin?

Over the years, more attention has been paid to some of the toxins found in permanent markers.

Many schools and learning centers have shifted from permanent markers to washable options to avoid some of the more toxic ingredients found in permanent marker brands. But you may ask yourself, are washable markers safe on the skin?

Washable markers are safe on the skin. If a small amount made contact with your skin, and it was washed off shortly after exposure, it’s completely safe. However, it’s essential to check the brand and the specific marker to ensure there are no toxic or harmful chemicals.

Washable markers are generally considered safe on the skin because they contain little or no solvents compared to permanent markers. This lack of solvents means they have less harsh chemicals that may irritate the skin.

If you’re looking for safe markers to use on the skin, I wrote a guide here.

Washable markers are not toxic. These markers often contain non-toxic labels. However, this doesn’t mean they’re entirely devoid of harmful ingredients, as the non-toxic label is designated for use on paper. Therefore, it’s best to check the list of ingredients before purchasing.

While washable markers are generally considered safe, it’s crucial to choose a brand that has been tested for certain chemicals that are known to have adverse effects. One such chemical that can cause cancer and problems to internal organs is Benzene, which is a harmful BTEX compound.

There are numerous government agencies that test markers for chemicals like Benzene. Recently the California Office of Environmental Health Hazard Assessment posted information about some of the products they had deemed safe for students.

These included water-based markers, but they still advise people to read the label and do your research.

While many water-based markers have tested negative for chemicals like Benzene, you should always check which markers are considered toxic, especially for children (source: California Office of Environmental Health Hazard Assessment).

Are Crayola Markers Safe To Draw on Skin?

When choosing a brand of markers, it’s common to choose the one you’re most familiar with. One marker that people are aware of worldwide is Crayola. But, are Crayola markers safe to draw on the skin?

Crayola markers are safe to draw on skin because they’re washable and made of very few ingredients. These markers don’t contain harmful solvents like permanent markers do. The only ingredient that raises minor concerns are the dyes in Crayola markers but they appear mostly harmless.

Crayola markers are made with only a few ingredients, and they’re mostly natural products.

They can easily wash off with water and, according to Crayola, have been “reviewed by an independent toxicologist and found to contain no known toxic substances in sufficient quantities to be harmful to the human body, even if ingested or inhaled” (source: Crayola).

Therefore, it’s okay to get some Crayola marker on the skin. However, no published research shows the effects of excessive amounts of ink on the body over time.

This lack of research means that it’s not necessarily known whether or not you could draw on yourself or others without experiencing any negative effects over time. While Crayola hired toxicologists to prove safety, there’s still little information available about the exact studies performed.

Are Expo Markers Toxic on the Skin?

Another brand that’s commonly found in stores, schools, and homes is Expo markers. These are one of the most common dry erase markers, but are they toxic on the skin?

Expo markers are toxic on the skin due to the presence of solvents. There are numerous chemicals that these products contain, such as methyl isobutyl ketone, which is the chemical known to irritate the skin.

Studies have been conducted on lab rats to determine whether or not methyl isobutyl ketone is toxic and to what effect.

Research has shown it’s nontoxic when applied to rats outside their skin, but “nephrotoxicity was observed in rats dosed with 1g/kg in a short-term study” (source: National Library of Medicine).

Your best option if you’re going to draw on someone with a marker is to research markers explicitly made for this. Even then, it may be wise to limit exposure, as there isn’t enough definitive proof of no ill effects over time.