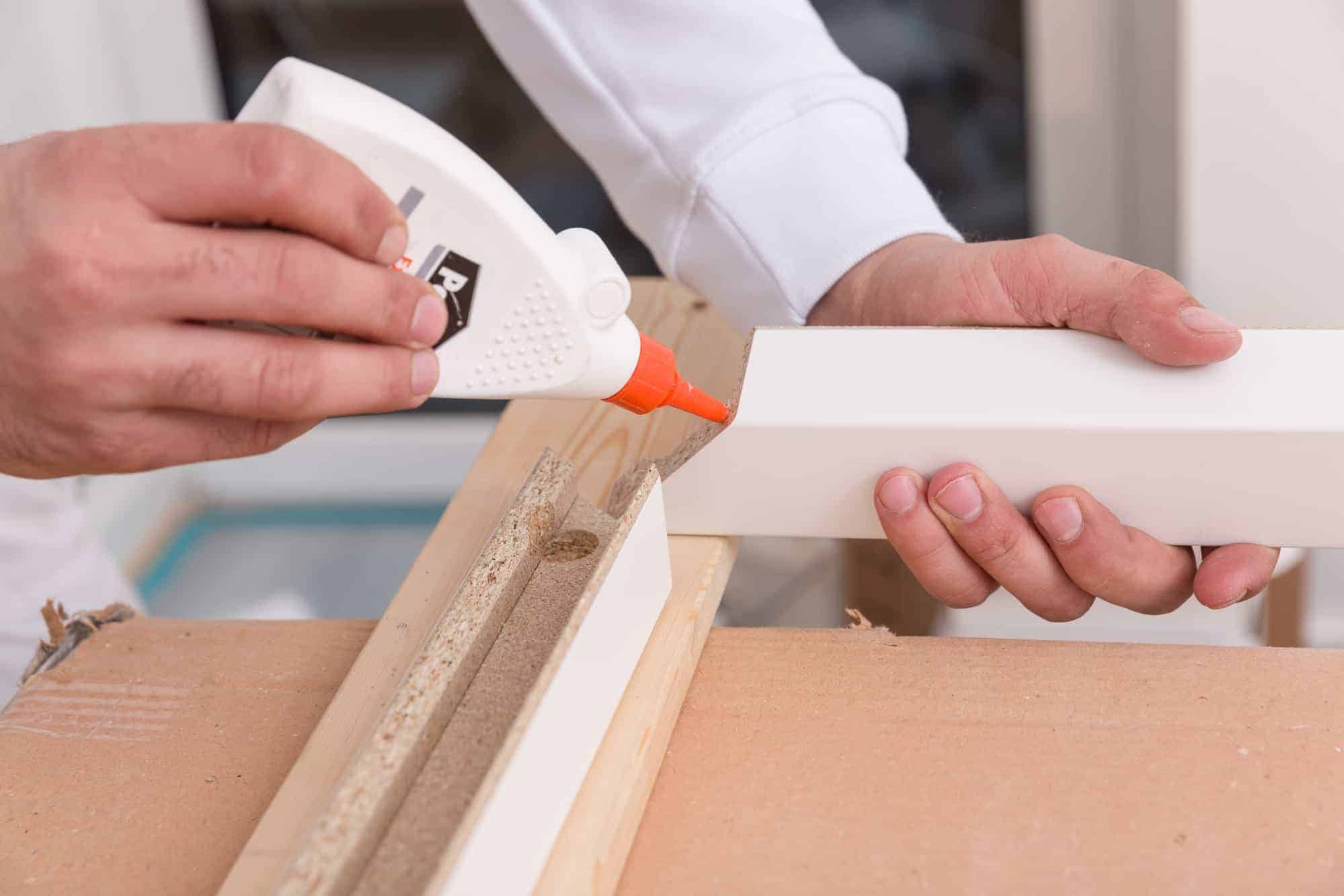 Wood glue is an essential part of woodworking – I’ve got ten different brands in my workshop right now! Since I only use a little at a time, I wondered – does wood glue ever go bad? And if it does, what should you do?

In this article, I’ll answer these questions and more. Plus how long glue is normally good for, how to tell it’s expired and a couple of tips on keeping your wood glue in good condition.

Does Wood Glue Ever Go Bad?

The short answer is yes, but not all types of wood glue are created equal. Some can last for decades beyond their official shelf life while others may be good for just one or two years.

The best way to know how much life your particular brand has left is by reading its expiration date on the label. If there’s none, then you’re probably safe using it until it goes bad. But even when the label says “use within 12 months,” don’t assume that means it won’t dry out over time.

In fact, some manufacturers recommend storing their product in a cool place away from sunlight so it doesn’t get too warm and start drying prematurely. A well-kept glue in optimum conditions is long-lasting glue!

How Long Can You Keep Wood Glue?

According to Fine Woodworking, The strength of bottled glue will be retained for at least three years if it is properly stored. It’s true of the common woodworking glues: yellow and white PVA, and polyurethane. (finewoodworking.com)

The shelf lives are a rough estimate of how long the glue will last based on what sort of wood glue it actually is, not based on the specific brands.

Therefore, if you have any doubts about whether a certain type of glue will keep for a long time, test it first before buying a large quantity. You won’t feel as bad if a small bottle goes off, and it’s cheaper to replace it.

Can You Use Expired or Out of Date Glue?

Glue can often work beyond its stated shelf life. If you want to be sure that it won’t cause any problems, you should test it out on an inconspicuous area of your project before using it.

If it works fine after testing, then you can safely use it.

In addition, make sure that you don’t have anything else in contact with the surface where you plan to apply the glue.

If you don’t prep the surface properly then this could affect how well the glue sticks together – which will be the fault of the preparation, rather than the glue itself.

When it comes to wood glue going bad, poor storage conditions such as letting it freeze when it’s left in a cold outbuilding are a common problem.

If they’re exposed to extremely cold temperatures, liquid glues are at risk of freezing. since water freezes at 32F/0C.

Wood glue can be frozen once or twice, but it will start to be less effective if it’s frozen more than a few times. Provided that you store it correctly after freezing, however, it shouldn’t lose much effectiveness over time.

The only thing that might happen is that some of the water content evaporates off, which means that the glue becomes drier as time goes by. But even though it may dry up slightly, it still works just fine.

Behnke at Titebond says: “Most wood glues are designed to withstand a minimum of five freeze/thaw cycles. With each cycle, the glue forms gels. Mixing easily breaks up these gels, but each subsequent freeze/thaw incident will make the gels more difficult to disperse.”

You won’t be able to break up the gels eventually, and the glue will remain solid. The heat can cause the polymer to clump and gel. (blog.titebond.com)

How Can You Tell If Glue Has Gone Bad?

There are a couple of ways to tell if you’re glue has gone bad. First, try to pour it. If it pours, it’s good. If the glue is thick, shake it vigorously and then tap the bottle on a hard surface to try get the product back to its original state.

According to Titebond, if the glue comes out stringy or pasty or wants to stick to itself rather than to the wood, it’s probably past its prime. If Titebond II becomes orange it’s time for a new bottle. (blog.titebond.com)

The color is another clue. When the glue gets old, it starts turning brownish-orange in a lot of cases – even if it’s not Titebond.

You’ll notice other signs too. For example, if the glue begins to smell funny, or different from when it was first opened, it’s not doing what it was supposed to do and you should toss it in the trash.

How Do You Revive Old Wood Glue?

Here’s a video from Gorilla Glue on how to revive old glue that has got a dried cap or crust on top. If the whole bottle has dried up, however, then it can’t be revived. You’ll need to buy another one.

If you’re using PVA glue then 5% percent of water can be added to water-based glues (like PVA) to thin the product. Measure this carefully because too much water will make a runny mess and leave the glue unusable.

Titebond is a common glue I get asked about, so I looked it up on their official info. They have said that if the following products are still in a liquid state, then they’ll still be good to go:

According to Titebond themselves, if the glue becomes “thick and stringy, or Titebond II turns into an orange-colored gel, these changes signify that the glue is no longer usable.”

In other words, don’t throw away any unused bottles before testing them! They should last about 2 years before starting to show signs of aging.

Does Wood Glue Get Weaker Over Time?

So long as the wood blue has been stored properly, it shouldn’t weaken with age. However, there have been reports of people who’ve had their wood glue fail because of improper storage.

For example, one person reported having his wood glue fail due to exposure to extreme heat. Another said he’d failed because he hadn’t kept his glue away from direct sunlight. So keep your glue safe!

In conclusion, I would say that yes, wood glue does go bad…eventually. It doesn’t last forever, and its shelf life is shortened if you don’t store it properly. You should always have enough around to fix any small problems with your projects.

If you find your wood glue is going bad quite often, stick to smaller bottles – larger bottles are more expensive and you’re just wasting glue, and your hard-earned money, too!